This week’s blog post is by Ingrid, an IB student studying in Malmö, Sweden. She writes about her experiences of CAS, using her project to address key issues that affect teenagers in today’s society.

Drugs and Drinking: The Perspective of Today’s Teenagers

It’s not a secret that teenagers drink, do drugs, party and generally do reckless things. What is a secret is how wrongly it’s represented. Teen movies, written by adults, don’t really know anything about how today’s teenagers feel about drugs, drinking and smoking. We’re not all raging alcoholics or drug addicts who can’t quit partying, but the media likes to represent us that way, creating extremes like the ludicrous Gossip Girl or Gilmore Girls, in which alcohol was demonized until Rory (the main teenage character) turned 21. This lack of representation is harmful to teenagers because it is harmful to our perception of the world. We aren’t given after-school specials about how to take care of your friend who’s passed out in the bathroom, or what to do if someone offers you weed. What the media shows us is main characters making the “right” decision by calling in an adult, or refusing all drugs and alcohol. Reality is not like that and teenagers need to be able to see reality reflected in medias like film and television.

For that reason is why I decided to make my CAS project about this issue. For my CAS project, I combined creativity with service-advocacy to have a platform for this issue, in the form of a mockumentary film. In this mockumentary, the actors (my classmates and friends) answer a series of questions give to them right before filming for the most organic, realistic response possible. These questions are about drinking, drugs and relationships, to give the film substance while also discussing an important issue. There are two characters in the film, identified by either a red cap or blue eyeshadow, and each character has certain traits that I would tell to the actor right before filming. The reason why I kept all the information secret until filming was to happen is because I wanted the most realistic interpretation of each character. I wanted my peers to use the characters and their traits as a cloak to say their true thoughts about the issue.

Marie, one of the actors in the film

I’m not trying to shame the habits of my peers or say that drinking is bad, and follow Nancy Reagan’s “Just say no” campaign, what I am trying to do is give teenagers a platform to discuss these issues that affect them. Adults, try as they may cannot truly know about these issues unless teenagers tell them, which is often awkward and not well-received. The T.V. shows Skam and Skins are two shows that achieve what I am trying to achieve in that teenagers play the characters, teenagers write for the shows and they reflect the reality of teens in that time period. The problem with reflecting reality in media is that people are not entertained by watching teenagers discuss important issues like this, but instead require dramatization and a more substantial plot which gets ratings and renewed for more seasons. It’s difficult to make a true platform for this issue, which is what I tried to do, and I hope that my mockumentary can represent the true feelings of teenagers.

The reality of the matter is that drugs, alcohol and cigarettes aren’t good for anyone, especially teenagers. We’re in a developing stage of our life and what would be best would be to eat healthily, exercise, get rid of stress, get enough sleep and generally take pleasure in life, but unfortunately we take the IB and must turn to other options. A major reason why people start looking for solace in alcohol and drugs is peer pressure: “If everyone else is doing it, why shouldn’t you?” It’s stated over and over again in media that people who drink are cool, and people who do drugs are chill, and that smoking cigarettes makes you look cool. Proper representation in the media could help combat this and stop people from creating habits that are detrimental to one’s health at such a young age.

CAS was a good outlet for me to talk about this issue, and in my opinion I think that with the proper motivation, CAS can be enjoyable for everyone. When I started IB1, I was dreading having to do CAS and create my own CAS project, but what really helped me was taking something I loved (film) and an combining it with an issue that was already something felt strongly about. Doing CAS doesn’t have to be a pain and a nightmare as long as you make it easier for yourself by doing CAS you enjoy.

To conclude, I tried in this mockumentary to represent teenagers truthfully and give this important issue a platform. I wanted to make something for teenagers to resonate with and help give a better understanding of substance abuse to them. CAS motivates me to advocate for this issue. It’s important to me that teenagers are given respect as people with their own opinions and that we are able to have a voice and a platform. I hope that the film can do this, and I hope that it will make a difference, no matter how small it might be. 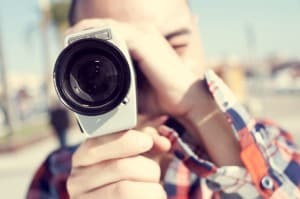