Time for the second round of Breaking Down 2021 TOK Essay Titles! These are 3 great titles to consider when choosing which 2021 TOK essay you’ll write. All of them feel extremely relevant in today’s day and age so read on to get some top tips about how to approach them!

Note: Following these suggestions will not guarantee you a good score on your TOK Essay! These are our thoughts on the best ways to consider the questions, but ultimately it’s the quality of your arguments that will make or break your essay! 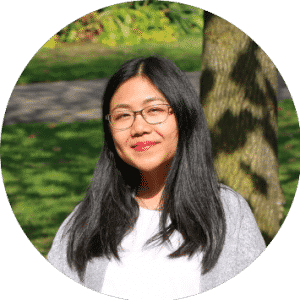 Get Support from a Top Tutor Today

At Lanterna we have hundreds of tutors who smashed TOK. They know exactly how to get an A in your Essay and Presentation and can give you tips and tricks on how you can do the same. What are you waiting for? Get your own tutor today!

Get Your Tutor Today

“Statistics conceal as much as they reveal.” Discuss this claim with reference to two areas of knowledge.

This is an extremely pertinent statement to the situation that we’re living through right now. In a world of misinformation, alternative facts, and statistics being carefully selected to put one’s own argument forward can often lead to people being misled. It’s important to unpack this statement and its key words before diving into discussing your Real Life Examples (RLE) and Areas of Knowledge (AoK). Conceal typically has a negative connotation, implying hiding something intentionally whilst reveal has a more positive connotation as you are ‘discovering’ or ‘making clearer’. By the phrasing that they conceal ‘as much as’ they reveal, the statement is implying that all statistics will carry with them the same, or larger, amount of misinformation as it does information. Is this true? Can you find situations in which it definitely is not true?

Pivoting to consider which types of RLEs to bring up in this situation, one might naturally gravitate towards those that naturally have a tie to statistics. Don’t think that these are the only AOKs you can discuss in relation to this question, though! By coming up with a RLE from a different AoK you may separate yourself from the pack, not guaranteeing that you’ll score higher but at least giving you a chance to differentiate yourself from the rest.

A great example of how statistics can be used to mislead is explained in the following TED Talk by Mark Liddell where the usage of two separate statistics to explain the effectiveness of a hospital paint two very different pictures! Similarly, in the age of Corona, one could look at the death rate as a percentage of population in the US and conclude that they are one of the worst affected countries in the world, while when you look at the death rate as a percentage of cases their situation looks much more promising as they’ve conducted so many tests that the proportion of those diagnosed with Corona that actually die is lower than many other countries! We don’t recommend that you use Corona as one of your RLEs for multiple reasons, primarily because it will be the go-to example for so many students all around the world, but this RLE exhibits just how much statistics can conceal as well as reveal!

An interesting RLE to consider is what the Soviet economy reportedly looked like during the 20th century. Many graphs coming out of the Soviet Union at the time showed an extremely prosperous, growing economy while many who were living there reported that the truth was nothing like it. This study conducted by the CIA looked into the validity of Soviet Economic Statistics during the 20th century and how the falsification of statistics may have concealed what life was really like. 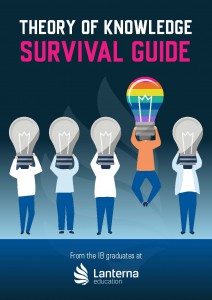 “Avoiding bias seems a commendable goal, but this fails to recognize the positive role that bias can play in the pursuit of knowledge.” Discuss this statement with reference to two areas of knowledge.

We think this is one of the most interesting of the 2021 TOK essay titles, but perhaps one of the most difficult to establish a clear argument in which you address multiple AoKs, WoKs, and RLEs. As with all titles, a lot of work will need to be put into breaking down what the statement is actually implying. First of all, what is bias and why does it typically have a negative connotation? We must also address why avoiding it is a commendable goal and if that truly is always the case. For example, when polling voters, who are naturally biased towards their top candidate, we wouldn’t want to avoid bias in the poll because we’d end up with irrelevant statistics! In fact, polls are an example in which we’re actively trying to measure the level of bias. However, you can of course make the argument that we want to avoid other forms of bias, such as selection bias, when polling. If you’re conducting a poll to get a clearer picture of who’s the front-runner for an election, it’s important to poll a large enough cohort with diverse enough backgrounds such that the results aren’t skewed by the sample chosen.

Another RLE is looking at how bias can help in the business world! An interesting Economics paper published at the esteemed Wharton College at the University of Pennsylvania explores how a worker who overestimates their own ability might actually make everyone else in their organisation better off! Take a second to think about it – if a peer of yours set their target grade in the IB at a 45 they might inspire other people in their class to go for the same! Even if that target is far above what they could conceivably achieve, the overestimation, or biased self-perception, can lead to a positive effect on other students! We highly recommend you read the following paper to explore it further!

So there we have it, the final three of the six 2021 TOK essay titles broken down! Still feeling unsure? We’ve got elite IB tutors ready and able to help you do yourself justice…