Guest CAS Blogger 4: Since when are video games CAS?

In this weeks blog post, Arina, a IBDP student from Helsinki, gives her opinion on CAS and how it can be one of the best parts of the DP program.

Since when are video games CAS?

“Does it count for CAS?” Oh yes, we’ve all heard those words before. Every time a teacher announces the need for volunteers, for anything, those words somehow make their way into the atmosphere. They’re even uttered at absurd moments, like when a friend needs to borrow a pen. But of course, everyone is joking.

But my brother wasn’t. In 2015, one of his main CAS activities was playing video games. He didn’t play videogames to raise awareness or money for a cause. (Although he has done that, but it happened after his graduation, which sadly doesn’t count for CAS.) He just played them, because he enjoyed it.

My brother was in a video gaming clan, a community of people who regularly play one or more video games together. He had been a part of this clan before he joined the IB, but when it came time for DP my brother had taken a leadership role. He had become a mentor of sorts, training new recruits to play the game and to work as a team. But, he wasn’t doing anything revelational. He wasn’t saving the world.

He was just doing what he liked to do: play video games.

Because, shouldn’t that be the point of CAS? Shouldn’t CAS remind us that we have lives outside of the IB program, and all its coursework, tests, essays, IAs, and everything else we do just to get a diploma.

I’ve always thought that CAS should remind students that there is a world outside of the exams and grades. It’s meant to help students not drop everything that they used to enjoy doing, from baking to making YouTube videos, just to make a little more time for studying or homework.

But nowadays, it feels like another “tick the box” part of the IB program. It feels as if I’m being asked to do everything from learning five new languages to stopping global warming. It shouldn’t feel like that, it shouldn’t feel like more work on top of an immensely difficult program.

And if it just feels like more work, there’s no point. If I’m just doing it to tick another box, how will CAS ever have its desired effect?

So, let’s bring back the days of when anything, and everything, was CAS.

Now that isn’t to say that sitting down at home and playing FIFA should just magically count for CAS, but it’s a start. It should be a moment where you look at what you’re currently doing, and consider how you can take it further. Because, if you just take that one step, it can be an amazing project. You can do everything from talk about learning the tactics and strategies for CAS. Or join a community of it and take a leadership role. Or even organise a competition where all proceeds go somewhere you care about.

It isn’t CAS that has changed, it never was: it was how we were told to start. Instead of talking about all the things we already do for fun and telling us to look further into those, we’re bombarded with ideas and stories of people who did something like start their own NGO. But honestly, a lot of times those amazing projects, we’re just not interested in them.

So instead of telling yourself, or others, to make sure to tick every box in the CAS checklist, remind them of everything they love to do. And afterwards, think about what’s the next step. If you truly enjoy it and challenge yourself, you can tick that box without you even noticing.

So moral of the story? Let your personality define your CAS, not the other way around. 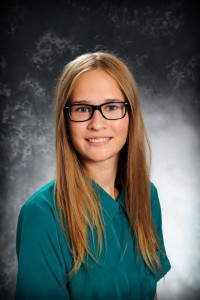