How to Apply to University (Canada Edition)

Canada is a popular destination for IB graduates. With a wide array of top universities and an enviable way of life, more and more graduates are heading to study there. Want to become an expert on how to apply to university in Canada? Read on!

Based on information published from the IB in 2016, the 10 universities that received the most transcripts from international IB students were: 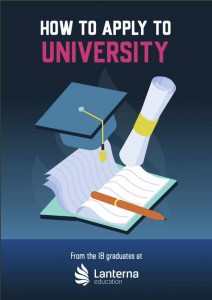 Like the US, Canada has a mixture of public and private institutions as well as no centralised application procedure except for in the province of Ontario* (where the process is much like the common application but for public universities in Ontario). As such, you’re going to have a slightly more research-intensive process of applying to universities in Canada, as it will involve going to each university’s website individually and checking their application requirements.

Most applications are completed online and consist of predicted grades, recommendations, essays and test scores. Be aware that these vary wildly from school to school. As a result, any application to a Canadian University will require a good degree of preparation. It’s a good idea to narrow down your list of potential universities early in order to make sure you don’t need to do intense research on 10+ universities!

The exciting thing for many IB applicants is – just like for the US – the timeline for applying is slightly earlier than for other places. This means that you’ll know where you stand with regards to your next steps even earlier! Some Canadian universities even give out unconditional offers so you don’t have to stress as much about your final exams!

*If you want to apply to a university in Ontario, follow this link to get to the OUAC (Ontario Universities’ Application Centre)

Cost of Studying in Canada

Though it’s not cheap to study in Canada, it’s significantly cheaper than studying in it’s geographical neighbor. Universities in Canada set their own fees and they can vary depending on which program you’re studying and which institution you’re at, but on average an undergraduate international student can expect to pay around 30,000 Canadian dollars per year (around 22,500 USD). Make sure you also research the various scholarships or financial aid that universities offer! These can often be very generous!

Benefits of Studying in Canada

Many Canadian universities offer additional benefits to IB students. They might include credits for certain IB scores, scholarships based on your grades, or assistance with tuition. If you absolutely smash your IB you might even be allowed to go straight into second-year, meaning your undergraduate degree would only take 3 years, not 4!

This is just a short introduction to everything you’ll need to know in order to apply to university in Canada. Use the links provided in this article along with the key facts in order to start your own research. Good luck!