Your ULTIMATE Guide to the IB Music MLI 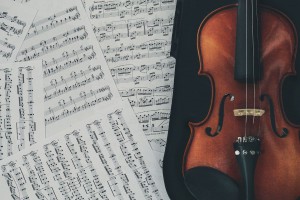 Struggling to comprehend what the heck the musical links investigation (MLI) even is, let alone how to write it? I was in your shoes a few years back but managed to get a 7 in my IB Music MLI in the end! How did I do it? Read on for my step-by-step guide on how to approach the MLI for maximum success!

Before we dive in to the specifics, let’s make sure we’re on the same page about what the MLI really is:

So, where do you get started? Read on for a comprehensive list of the steps that I think you need to take in order to be on the path towards a marvelous MLI!

Arguably the most difficult and the most important step of writing your MLI is deciding on a good topic. If you can comfortably say that you can check off the following, you are on your way to finding a great topic!

When you’ve got an idea of 2 cultures that are sufficiently distinct that you would be interested in exploring, it’s worth doing a deep dive into the ins-and-outs of that musical culture. ‘What are the common musical elements found in the genre? What are the distinguishing features of the genre? What is the purpose of the music? For whom was the music made and who performs it?’

Make sure to use both primary and secondary sources in this research. It is at this stage that you may notice some similarities between your 2 cultures. The whole point of the IB Music MLI is finding commonalities in musical genres that may sound completely different to the untrained ear, so don’t shy away from similarities that may seem too far-fetched. Then, go back to your pieces and see if you can hear the common musical elements that you’ve just researched in the pieces that you’ve chosen!

Step 3: Finding the Similarities and Differences

Make a list of all the similarities that you’ve found between your two chosen pieces after having done a deep dive on the two musical cultures and related that back to your pieces. If you’re struggling to find any similarities, always remember MeMeHaMeFoStyCo (medium, melody, harmony, meter, form, style, context)! Go through and make a list of some major differences as well. It will be easy to hear the overt differences in the pieces, but try to challenge yourself in, for example, analyzing how the melody serves a different purpose in the two pieces.

Decide which format in which to present your MLI. Remember that you don’t get extra points for your format, so don’t spend too much time crafting the most authentic-looking newspaper article. That time can be better spent refining your musical analysis, which is where almost all the points lie. However, making sure your format lends itself to a clear and organized structure in which the similarities and differences that you aim to analyze are clear to the reader is key. Typically students choose one of two structures:

When you’ve got your cultures, pieces, similarities, differences, and format, the only step left is to write the MLI. Don’t shy away from inserting excerpts of sheet music to aid your analysis in the MLI. If there isn’t any sheet music readily accessible, attempt to transcribe a section of the song to help  explain one of your similarities. If you’ve followed this guide and still feel like you need help – fear not! Lanterna have some virtuous musicians and former IB graduates who can assist your project! Click the banner above to check out more about how our tutors can help you!